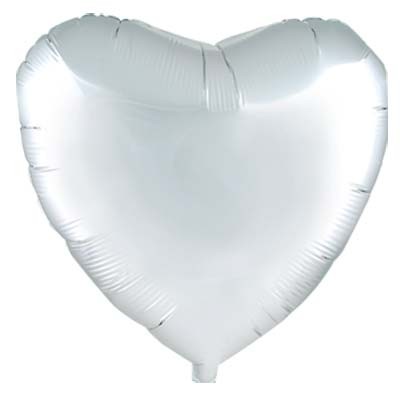 As an Uber driver, unless the fare is an amateur-green-at-the-gills-drunk, my mission is to give ‘em the ride they want. Period.

Sometimes I receive texts from my fares. I could be my rider telling me to wait in front of the red car in the driveway; or, letting me know he’s the big guy with the San Clemente Triton hoodie in front of MathWorks, always a good sign that the future is bright.

This time, however, I was to pick up Jason. Two minutes up the road, my iPhone dinged.Incoming text. The message was too long for me to read without causing an accident. The signal turned red. I could read it without risking my life.

“Proceed to xxxx in the San Clemente Business Park, pick up a package from Leon, then deliver it to Josh at xxxx Company in Anaheim. Thank you. Jason.”

So, Jason, the name of the rider, was not human. Rather, a package. The directions were clear. My writer’s brain engaged my what-if gears.

What if it’s drugs? What if it’s a million dollars? The data for the takeover? Something that the sender and receiver couldn’t risk being seen transporting on the 55 Freeway?

“Hello, you’re here?” The man popped up from a cubicle. He had to be a computer programmer. Plastic pocket guard. Three mechanical pencils. Didn’t look like Cosa Nostra.

“You’re a delivery person? Here to get the package?”

“I’m an Uber driver. Yes, I’m supposed to get a package.”

“I have a T-shirt, but it’s for Uber Car Pool and that’s only in San Francisco.” I could tell this was too much information.

He handed me two square Mylar packages. They were heavy, but not heavy enough to be a bomb. Or a brick of marijuana [do they still make those?] “Sign here.”

“What’s in here? Inquiring delivery people need to know.” I squeezed the packages.

“LED lights. For an awning. On a motorhome.”

I placed the packages on the passenger seat. [Rides have the option to sit in front or back.] I didn’t offer it a lifesaver. Or  remind it to use the seatbelt.

At last, I wound my way through a forest of motorhomes, in various stages of upgrades, to the front office. I stopped the car and reached for the package.

It winked at me. 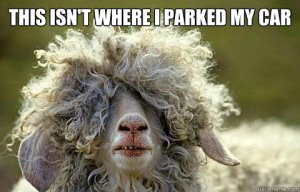 In June 2016, I will hold an award ceremony, hosted by Morgan Freeman. Categories will include

The screen goes dark and instead of 45 minutes of previews, short films appear. Some are cartoons –  line drawings morphing from a small child to a fully grown Tyrannosaurus Rex. Others could shine in the  film noir section, circa 1949. Think Maltese Falcon.

These black-and-white glimpses into Saturday night’s one-toke-over-the-liners become my Ubers of Shame on Sunday mornings. I whisper, play Symphony Hall softly and try to make them feel better, just short of menudo. I suggest purchasing a can of  ‘hair of the dog’; or, if they’re not that far down the razor blade to full-blown pro drinker, stopping at a greasy-spoon diner. For those whose destination is somewhere in the vicinity of where they left their car, I congratulate them.

More than once, I couldn’t find mine. Lost my red Ford Falcon Futura convertible somewhere around St Andrews Place in Los Angeles, in 1967. Later, I misplaced my orange VW with mag wheels, in Newport or Laguna, or Costa Mesa – name an Orange County city.

Millennials will never understand what life was like before the “Find my Car” app.

Lyft without the Mustache

Breaking news! I’ve just enrolled to be a Lyft driver. Stay tuned as my life gets an anthropological injection of comparative civilizations 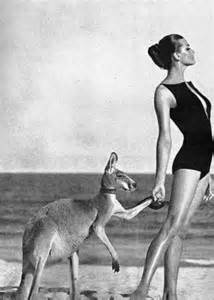 My rider flew down the steps, his body taught and lanky, bicep muscles poking out from below the sleeves of his T-shirt.

Obviously it wasn’t Marge, the name on the Uber ping.

He slid into the shotgun seat and pulled a cold bottle of Bud Light from his backpack.

My best mother voice: “You’re not going to open that, are you?”

Oh, there were so many ways to answer that, but I never got the chance.

“Name’s Kai, from Sydney. You know, Sidney? Of course you do. I’m on a quest, my dear, a quest to capture the woman of my dreams.”

Said woman was 25 miles north of the coast, deep within the bowels of Coto de Caza, through the portals of Aliso Viejo. An address on Shady Hollow Lane.

“Shady Hollow Lane, straight out of Brothers Grimm, I say. Ever heard of it, Shady Lane? My princess, in a tower, and me a professional personal trainer. It was fate, that I would train to gain the strength to climb to rescue her. Did I tell you I’m an actor? People don’t believe me, but I’m rather famous in Australia. Name’s Kai. My day job, my day job’s a personal trainer.”

He took a breath. Before I could ask him how his name was spelled, or what TV shows he’s been on ‘enough so that the folks don’t leave me alone in the streets of Sydney’, he started speaking again. Later, I Googled “Australian Actor Kai”. Nothing. A couple of references to a TV series from the 1999, so unless he had discovered the fountain of youth, my passenger was a bit south of the truth.

GPS found Shady Hollow. As I turned the corner, I asked him where he had met this princess, the woman of his dreams, the one he was going to marry.

“Las Vegas. Three days ago. Did I tell you she’s the most beautiful woman in the world?”

I stopped the car at the bottom of the steps. He peered up, through the thick bougainvillea, as if tuning his X-ray vision.

He slowly opened the car door, inhaled deeply, as if he were about to dive to the bottom of the Great Barrier Reef, then turned back toward me and raised the beer bottle into the air. A toast.

He took the steps two at a time, up to the condo’s front door. Like a helicopter parent lingering outside the gym after delivering her son to the prom, I longed to stay, become that fly on the wall [or moth in the bougainvillea] to see what would happen, but my next Uber pinged.  I had another fare.

I like to imagine that Kai and his princess flew back to Sydney, their bottles of Bud Light gently vibrating side by side, in synch with the plane’s jet engines.

Maybe once, just once, what happened in Vegas didn’t stay in Vegas. 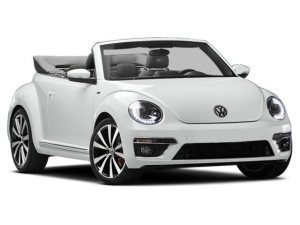 My Uber fare’s house was about as far up you can get in San Clemente. He emerged from the dusk of his three-car garage and injected himself into the front seat. He was a massive presence of a man.

“Do you want me to adjust the seat?” I didn’t know how he was going to fit, without stuffing his knees into the glove compartment [Is it still called the ‘glove compartment? If so, why?]

“Picking up a new car?” I see the glass half full. Why open the door to mechanical issues?

“Nope. My old Porsche. I left it there last night. Then, I’m picking my wife up from John Wayne Airport. And, I’m surprising her.”

Before I could answer, he thrust his iPhone6 up in front of me, pointing to the screen.

The image was a tricked out Volkswagen Convertible, draped with a red bow that spread across its snout. It looked like that surprise English sheepdog you might find in the driveway on Christmas morning.

Unsettling words to be heard within the close confines of a car, with a stranger.

“I sold her Volkswagen Beetle ten years ago and gave her a Porsche. She has never stopped telling me how I abused her – ripping her preferred vehicle away from her. She has a thing for Volkswagens.”

One man’s abuse is another woman’s unwanted Porsche. I should be so lucky. 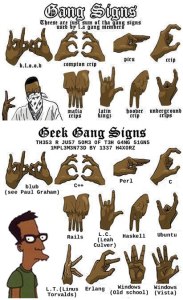 The party on Saturday was in the cul de sac, so I can’t call it a block party. It had all the trappings of the suburban let-the-kids-play-in-the-street-while-parents-drink-until-silly ‘block party.’

By seven, the group was heading toward ‘silly’ at light speed. I decided to try my first Uber service after dark. Six minutes after I was online, a ping and fare, just two blocks down the hill.

“Would you mind taking me to a recording studio, in Los Angeles?”

Of course not. Off we went. Up through Carson, where my fare had to stop at a Panera Bread to visit the lady’s room. 30 minutes later, I dropped her off at a little studio just off the Golden State Freeway.

Saturday night. Los Angeles. Lots of fares, right? My little inner gremlin crawled out from his bunker and whispered “What are you doing? Get back home. You don’t know the roads, what would happen if you picked up a gang member from Boyle Heights?

I raced to the freeway and was almost back to the OC when my voice of reason took over.

“Do gang members used Uber? If so, go ahead, name one.”

It was late. Even though I was in Orange County, I’d hit the besotted hours, 10 pm to 2 pm. 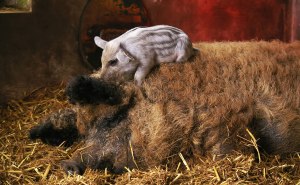 Qualifiers are like potholes in the road. They bump your readers off the hook.

Here’s a little story designed to inject humor into the lesson.

“Is that your Uber driver?”

Taken out of context, the question is straightforward. Banal.

Could be more exciting if the Uber driver in question were dressed in a zebra costume. Or, steering a Sherman tank.

I wish this had been the case.

“Never use dialogue qualifiers. They distract from the story.”

Ok smarty, how do you flesh out “is that your Uber driver?”

Let’s try “Is that your Uber driver?” he asked, as the SUV sped past, flipped a U in the middle of the block and came back.

All right, action. Show me. Add depth to the characters.

“Is that your Uber driver?” The California Highway Patrolman asked Ivan, the hog farmer who was my 3:30 Uber fare. He told me about my brush with the law then we got into more important things.

Yes. Ivan raises Mangalitsa hogs. Just this morning, a sow gave birth to a dozen piglets, who will grow up to provide healthy, hearty organic meat. Ivan is moving to Napa to start an organic farm. He has friends in the highway patrol. The pigs will stay in Escondido.

I will never make a U-turn in the middle of the block again.

And never forget the pigs.