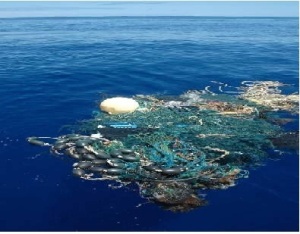 What industry would be ‘hurt’ when SB 270 takes effect in July 2015? Will you sign the petition started by oil and chemical companies to overrule this common-sense statute because you cannot live without C2H4)nH2?

Stand your ground. Choose to live without the poison produced by DOW Chemicals, DuPont, not to mention the raw materials from Exxon, Mobile and other petroleum concerns.

The plastic bags you cannot live without came from deep beneath the earth, in an oil field.

What will it take to reverse the propaganda oil and chemical companies spew out like Kool-Aid to the ill-informed and ignorant who can’t think for themselves?

The Beginning of the End

The anti-bag-ban movement began long before SB 270 was signed by Gov. Brown. Fact: the ‘ban’ opens up opportunity for thousands of new jobs in California alone. The Sacramento Bee reports “Padilla’s new version includes a $2 million subsidy to help factories change from making disposable plastic bags to re-usable plastic bags. That subsidy removed some industry opposition to the bill, but major bag makers remain opposed.” This is just a start. Yet, the plastic people, already worth billions of dollars, insist that jobs will be lost. They miss the point.

Compounds used to produce the ‘re-usable plastic bags” would remain. Do oil and chemical corporations fear that old-fashioned American inventiveness might come up with an alternative to the current manufacturing process? We should celebrate, not fear, the possibility that a new industry could be carved out of an obsolete, toxic enterprise, most likely controlled by the likes of the Koch Brothers, George Kaiser, Harold Hamm, and the Bass Brothers.

In the meantime, simply form a new habit, now. Start schlepping a bag from your car to the store. I have a plethora of cotton, rag, and paper sacks that I use over and over. I’m the one in the check-out line proudly announcing “No bag please. Haven’t used one since 2010.” I can also be annoying when I have to run out to my car to get the bag I forgot.

Go future, young people! Form your own bag company. The name would not be too challenging: “The Bag Lady,” “B. Baggins, Inc.,” “Buy-Gone Bags,” or “Bag to the Bone.” I know someone who could give your new enterprise a kick start. Her name is Alexandra Watkins. She’s my next-door neighbor in San Francisco. Read her book “Hello My Name Is Awesome: How To Create Names That Stick.”

About the wads of flimsy, toxic plastic bags in my garage. I used them as poop vessels and never expected to have more than one or two. But, my dog poofed and I’ve been left holding the bags – empty of course. I can’t see the point of taking them to the supermarket and recycling them. Just seems stupid.

What happens to them?