My granddaughter’s illustrated visions that dance in her head are stuck with magnets onto the stainless steel refrigerator door.

At first, I thought it was cute and sophisticated. Turtle, check.Then, I ran into a problem: I have no idea what a Belloon Poop is. So, I asked.

“This list is not for you, Gammy. It’s only for Santa.”

“Of course. But can you give me a hint?”

“It’s only sold at WalMart. You never go there.  Santa does. Don’t worry.”

I do worry. All summer I stepped on body parts from her collection of ZooZoo pets. To get newborn, whirring hamsters should warrant a visit from the PETA people. What’s more, it’s like brain surgery to insert the batteries, which are NOT included. I’ve ruined more than one manicure after my eyeglass repair kit screwdriver failed to dislodge the ZooZoo’s postage-stamp size battery compartment opening.

A few thoughts on the Remote-Controlled Helicopter. I’ve found chilling tales of innocents who’ve been decapitated by the Texas Chain Saw Massacre blades of these hovering weapons. I imagine chunks of my brain propelled into the hibiscus bushes, as I, still conscious, try to put them back into my skull. I don’t want to make a big deal about this, so I change the subject:

“You seriously have an iPad on this list? A real iPad? And a towel warmer?

“I don’t need iPad that can make phone calls. The towel warmer is for both of us. Mom can use it if she wants to. I promise to take care of the turtle.”

“The turtle would prefer to live at your dad’s house. These items cost more than what’s in my piggy bank. I mean, Santa’s piggy bank.”

“A lottery ticket and a manicure.”

Dear Friends and Family
Oops. So, you put friends before family?

Dear Family and Friends
My family is comprised of people who are not my friends? I have to separate, like peanut butter and jelly, church and state.

Season’s Greetings
Better. But why the tail end of December and crack of January are a ‘season’ to be greeted might run offend some of your recipients

[FIRST NAME]
This advanced tool available to the software savvy could solve the salutation conundrum; however, it could give rise to factors that put a snag in holiday cheer. Your address book must be up-to-date. My data still has dead people in it. I don’t know why I don’t delete anyone, living or dead. I still have the contact information for a co-worker who wanted me fired. Would she  be snuffed out if I push DELETE? I’ve been around long enough to know that karma works better than revenge.

Content
Choose your words wisely. Don’t write about finding grandma’s secret pickle recipe, the loss of a pet pit bull or winning the lottery. Family will attack the validity of the dill to peppercorn ratio in the pickles. People on your list who have suffered a loss of a loved one will not like being reminded of said death. Others might scold you for having a Pit Bull as a canine companion. Write about the lottery loot? Expect to find a campsite on your front lawn within 48 hours.

Solution
Reveal a secret and spice up your holiday gatherings. Make a photo collage. Send a helpful hint. Show your letter to a pro.

You will be held dear for one year. Until your 2014 letter. 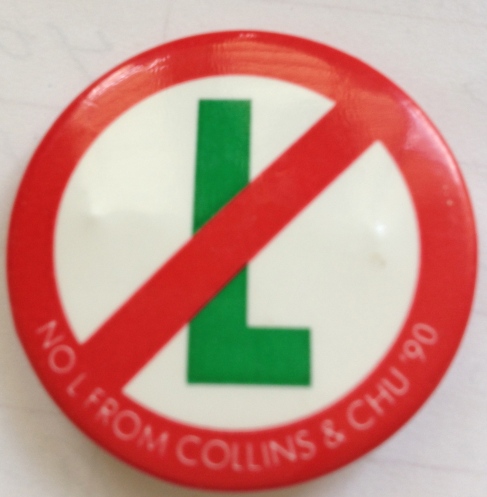 December is the month when miracles that wouldn’t get noticed in July shoot to the surface like gas bubbles in the bathtub. Classic tales knock on the front door like friends we see once a year when we return like salmon to where we were spawned. Once again, Great Aunt Molly attempts to top her O Holy Night performance and falls flat of high C. Once again, Gramma Wilkes’ cranberry gel oozes out of the mold like lava, instead of standing at attention like a castle tower. What ingredient did she leave out of the recipe this year?

Each year untried challenges escape from the dusty ornament boxes as they descend from the attic rafters. We pull out surveys of holidays past. On a scale from one to ten, with ten being the most horrific, how do you rate Christmas 1950? 1999? 2001?

In my case, it’s very difficult. I’ll let you decide over the next few days.

Fall 1985 was a doozer. Tim, aka “The Silver Fox,” had followed me to Maui and asked me to marry him. I assumed he was sober. I was wrong. We returned home the day before Thanksgiving. I didn’t see or hear from him until December 7, when he left a message that he’d married his secretary and needed his prescription sunglasses back. I slid into a deep depression and turned off my phone.

My brother and step-father took pity on what was left of my ego and invited themselves over for Christmas day to eat and watch the Twilight Zone marathon.

Sheets of rain came down at 5 am. At 10 am, my front door flew open. My step-father marched into the kitchen and opened the oven door.

He was not noted for patience. Or a sense of humor.

He was not joking. I had not gotten the phone message that the feast was on me that year. This was California, 1985. Retailers still respected workers and holidays. That meant that Thanksgiving hours only accommodated desperate people who forgot whipping cream and sweet gherkin pickles. Christmas? That day was frozen. Only Chinese restaurants were open on this most holy of days.

Low blood sugar had not been discovered yet. Looking back, I suspect my stepfather suffered from it, as he was beginning to turn red. Minuscule beads of perspiration dotted his forehead, and lit up his auburn hair.

“There’s a rainbow.” My brother Jack had always been the sunny one, so I turned to see that he was pointing to a triple wide ribbon in the western sky.

I raced down a deserted Pacific Coast Highway, chasing the rainbow. The violet light dropped into a skinny alleyway and landed on a screen door that was swinging back and forth in the wind. The door was the back entrance to a family-owned grocery.

“I need Christmas dinner,” I said.

Half an hour later I reappeared at my own back door. I handed a ten-pound hen turkey and all the stuff to make a feast to my stepfather.

Frank, the owner of the grocery store, had only gone to his store to pick up items his wife had forgotten: whipped cream and sweet gherkin pickles.